A note from Richard Marshall – Hey everybody,

I hope you’re as well as can be and the lockdown has not been too stressful. My hair has gotten so long in the lockdown and I can’t wait for our barbershops to open again so I can get it cut again. I wanted to share a story with you to help pass the lockdown boredom. One of the first films I remember watching was Trading Places – what a great film! I remember the scenes of the iconic New York skyline, and for me, it was love at first sight – I dreamed of seeing that New York skyline for myself. In around 2006, I finally got my opportunity. What an experience it was – I loved the streets, the shops, the bars, diners, and I walked the whole of Manhattan. I absolutely fell in love with the place, and set my sights on my next dream,  opening a business in New York City.

After many years had passed, I was living in Barcelona. Overlooking the Port Vell, and watching the sunset every day. I had been working on product deals and distribution arrangements throughout Europe – then the results of the Brexit referendum were announced and the next day, all the work fell through. So the next day, I picked up the phone to a Men’s grooming product reseller in the USA and was invited to the New York Now trade show. It went amazingly, with lots of interest in our men’s grooming products. On the last day, I went for a walk and ended up at the Rockefeller Center. I saw this shoe-shine place called Eddie’s Shoe Shine, and it was absolutely packed with so many business people lined up – all the kind of clients that visit us at Pall Mall Barbers back in London.

For any enquiries connect with Richard on LinkedIn Instagram

There was a store free next door to Eddie’s Shoe Shine, so I called the number, and the next day I met with the agents. Then there was an amazing coincidence – one of the agents was from London and used to come into the barbershop I worked at in Mayfair (before I built Pall Mall Barbers) for his haircuts. I sold them my vision of what I could do with space, of a classic English Barbershop in New Yorker – the oak-paneled walls, the bunting, and the classic taps and sinks. It took 2 and a half years of hard work and negotiation, but we got the deal done. I remember the day when I was traveling to New York to sign the lease – I was so excited and felt like the kid watching Trading Places all those years ago.

We opened Pall Mall Barbers New York City the week of the Rockefeller Center Christmas tree lights being turned on – our team at the Rockefeller Center were treated to VIP tickets to the Christmas tree lights, but I didn’t realize that it would be packed with celebs! Diana Ross was singing, and famous faces were everywhere – and right next to the tree was our amazing barber team, who brought their kids and we all had great fun. The opening was a great start, and in January 2019 I received an email from the Board of Trade, an invitation from Dr. Liam Fox MP for a government event – we even won the Board of Trade award from the British government. 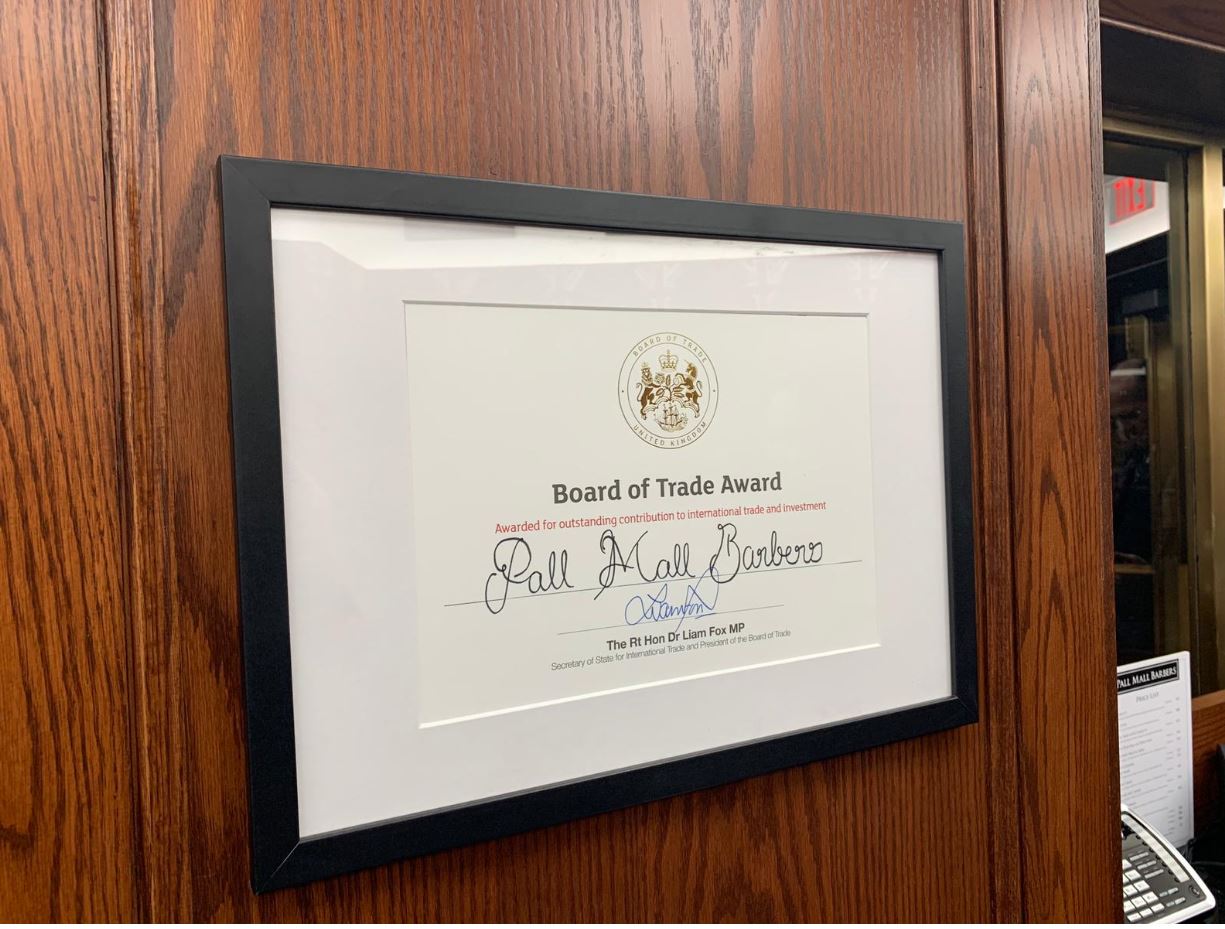 When I was in New York, I got a call from my team that we had received a request to hold a royal appointment – His Royal Highness Prince William wanted to visit us and talk about the work we do at Pall Mall Barbers, supporting Men’s mental health. Prince William’s visit was planned for Valentine’s Day 2019, and we had to meet with the Royal security teams to plan and go through so many details, the plans and driving times, and where the bikes and royal protection would be. When the day arrived, it was a beautiful warm and sunny day – in the middle of February – not what you expect!

There were hundreds of people waiting, and a press pit of photographers and news reporters. The whole team were ready, and I was upstairs and Paddington Central – there was a countdown from the royal protection team. Those guys are so organized to the second, they told me where to stand, and then all the police bikes came around the corner, a Land Rover pulls up and Prince William gets out – we shake hands, welcome him to the store, and he was an absolute gentleman. I was very impressed.I managed to give him some of our Pall Mall Barber’s mens grooming products, and a bottle of our Sandalwood &amp; Clove Cologne, and joked that he’d smell good for Valentine’s day with the wife – a funny exchange, and then we said our goodbyes for now. There was so much press and so many people around, it was a huge buzz – we got invited for interviews by ITV news about the experience of the Royal visit, and the press went around the world in traditional and social media. It was an amazing experience, a huge highlight of my life so far. 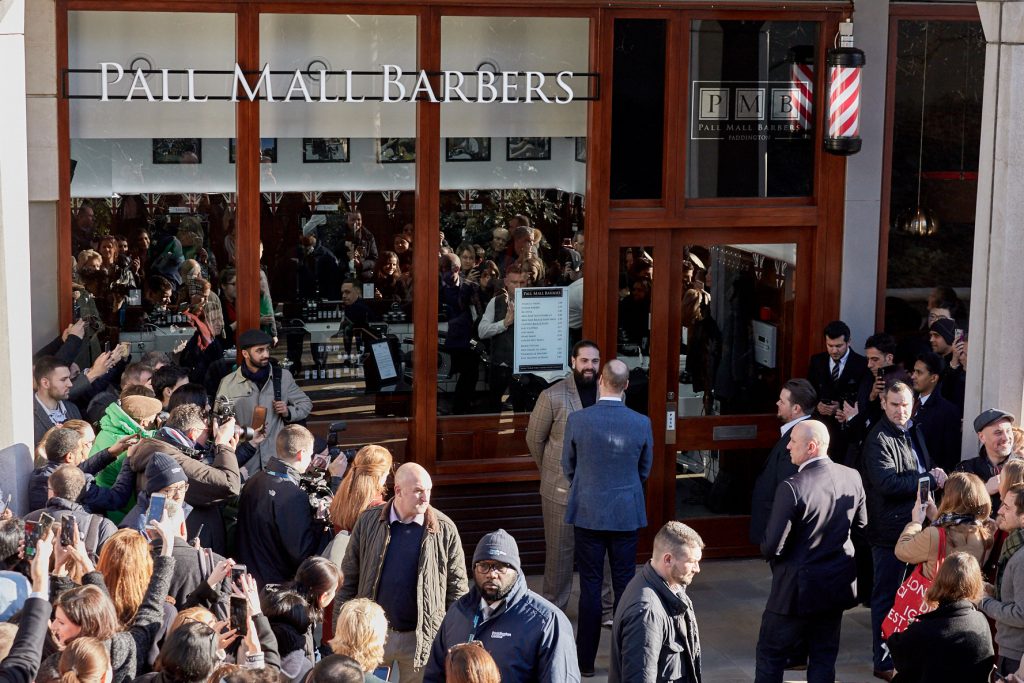 HRH Prince William, The Duke of Cambridge, alongside his wife The Duchess of Cambridge and The Duke and Duchess of Sussex – of course, we know them better as Kate, Harry, and Meghan, but titles are titles – lead Heads Together, a mental health initiative for young people, veterans and homeless charities aimed at addressing the growing mental health crisis in our country.

Prince William arrived at the barbershop with our Founder & CEO Richard Marshall, battling the crowds of Royal fans who had gathered outside to witness the Prince in person. He spent time speaking with our barbers talking about the importance of addressing mental health issues. We gifted him with some of our award-winning products, and whilst he was in the barbershop he joked that he didn’t really need too much help in the way of haircuts anymore. Richard Marshall later said the occasion was ‘an incredibly special one which gave him a great sense of fulfillment and accomplishment’.

The work that Prince William and his family are doing to draw attention to mental health has been incredibly valuable, and the conversations are generating plenty of press coverage.

The visit attracted global media attention with Richard Marshall being interviewed on ITV News London whilst General Manager spoke live on Sky News. The Royal household covered the visit, with tweets and articles from Kensington Palace and the Royal Family as well as the Heads Together initiative. Additionally, the Daily Mail, Channel 5, Hello, People, and the Daily Express all reported on this momentous occasion. The news even traveled as far as Australia and Canada! 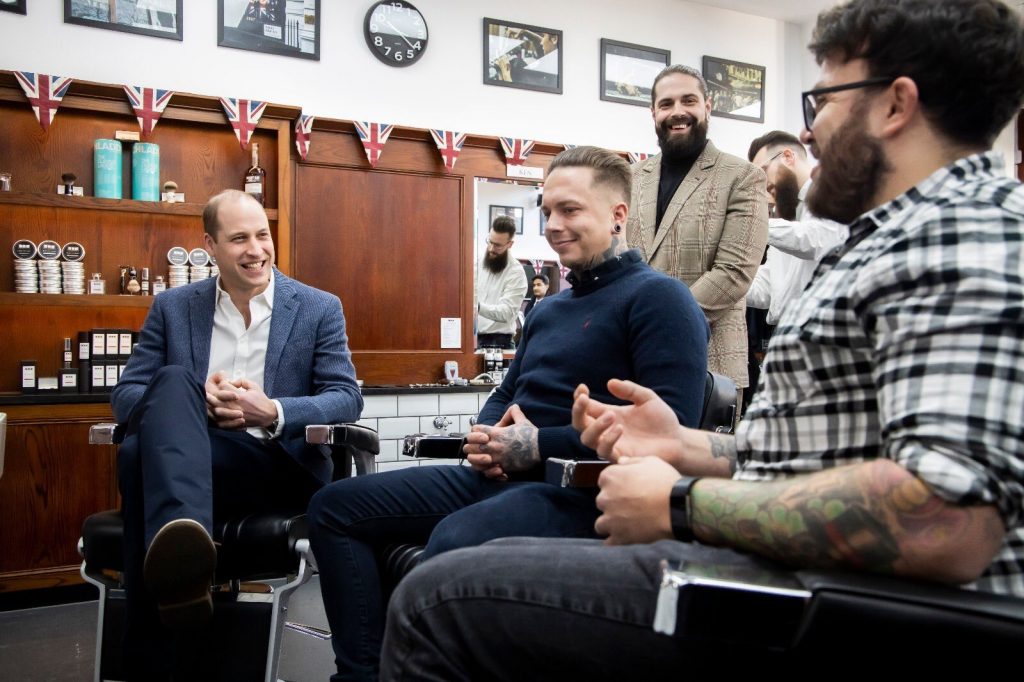 Modern lives are exhausting, and full of anxiety – working in London can be particularly taxing on our mental health. Stressful jobs, long commutes, expensive rents and the increasing phenomenon of loneliness which can be exacerbated through social media – it all builds into a perfect storm. And on top of that, men are less likely than women to visit a doctor and receive treatment for their mental health conditions, click www.royal.uk to find more about the visit of Prince William. Read the Full Story: The Royal Visit at Pall Mall Barbers

On April 3rd, the Retail Leisure International Awards were held at Universal Studios in Hollywood at a spectacular evening – a celebration of all the innovative retail and leisure experiences and concepts from around the world. The Pall Mall Barbers team was in attendance as we were shortlisted for the RLI Rising Star 2019 Award –  Read Full Story. 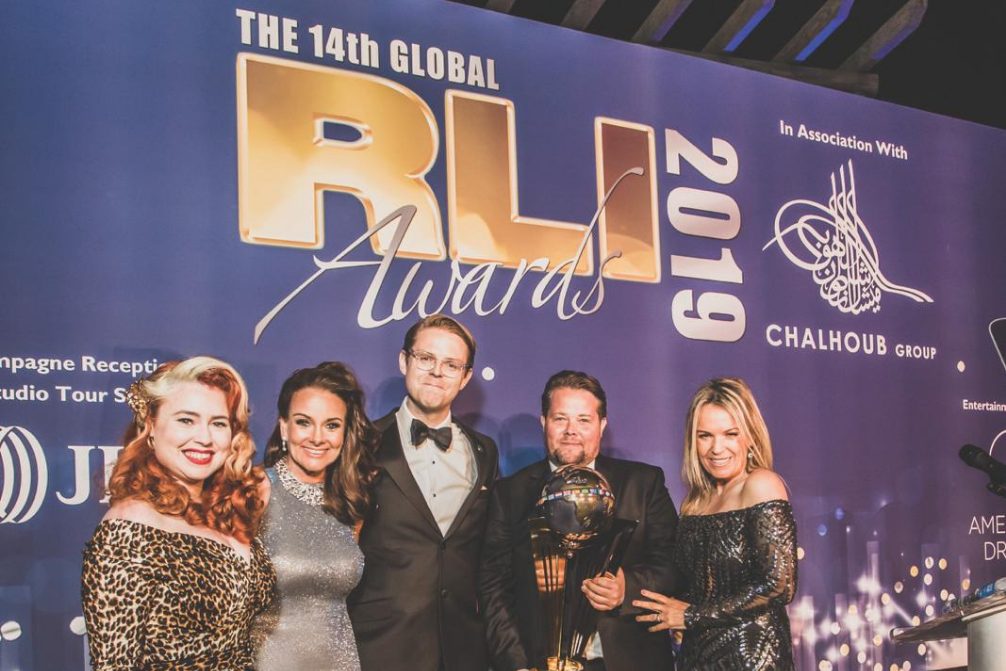 I had the pleasure of hosting the Royal appointment,3 years ago, I was just on my way to New York City, to sign my 15 leases on Pall Mall Barbers’ first international store, I do remember the feeling when sat on the plane….. 12 years of age I started sweeping the floors and making tea in a barbershop in Bedford, not being able to read & write asked to leave school at 15, I become a barber. 30 years on, I’m proud to say we have just signed a 15 year Landmark deal to take Pall Mall Barbers to New York City. Our New 12 seater London style barbers are in 5th Avenue Pall Mall Barbers – Rockefeller Centre is born.

Listen to our podcast with Richard Pryce & Richard Marchashall Owner and founder of Pall Mall Barbers. How Rich Marshall Managed To Take Barbering From London To New York.

Pall Mall Barbers and the Media

For any enquiries connect with Richard on LinkedIn Instagram